I really wish I had made more of this, because it was delicious; however, I’m glad I didn’t make more because I’m losing weight and would have eaten too darn much.

Here’s the recipe, taken from BettyCrocker.com:

1. In a small bowl, combine the oregano, 3/4 tsp salt, & 1/2 tsp pepper.
2. season chicken with the spice mix and dredge in flour. Heat the skillet over medium heat and brown in oil for 4 minutes per side. Remove to a plate. 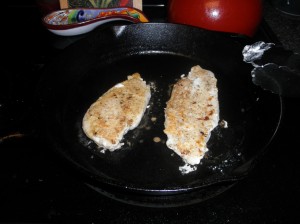 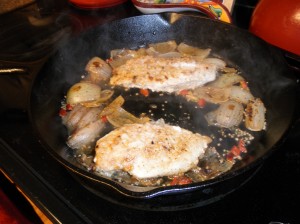 4. Meanwhile, cook the rice according to pacakage directions. Divide among individual bowls and spool the chicken and sauce over it.

Sorry for such a short post, but I gotta get to class! 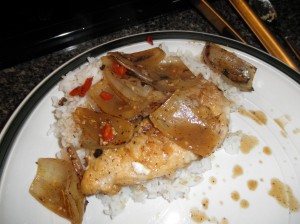