Red, Red Wine You Make Me Feel So Fine 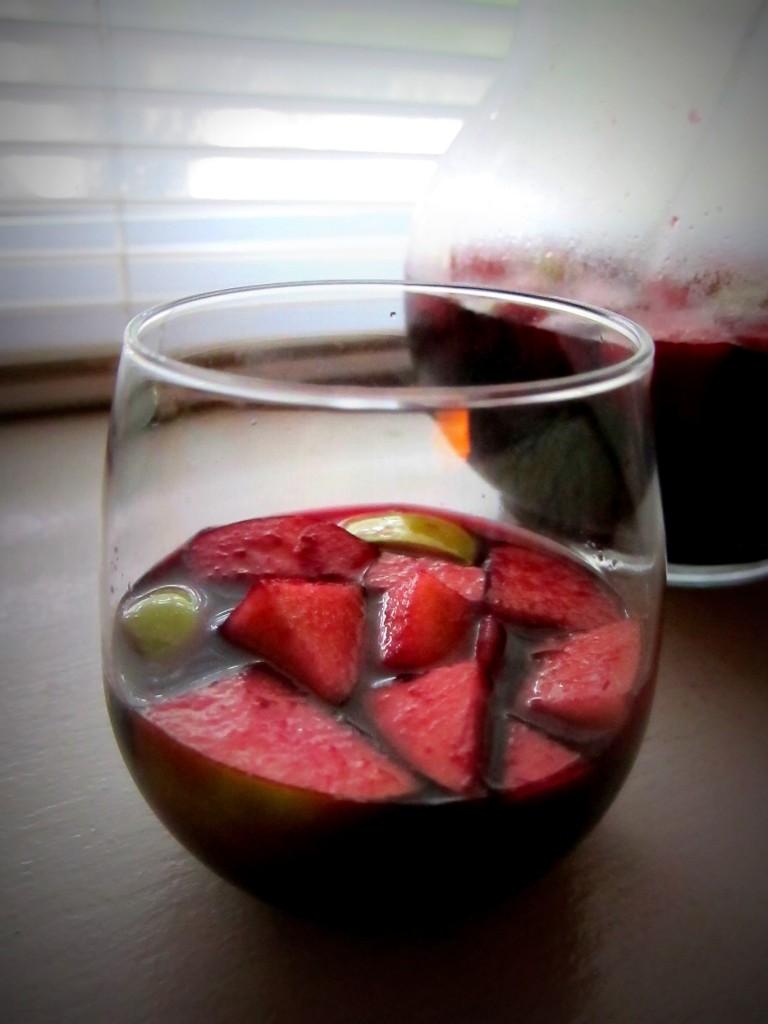 Alton Brown has so many amazing recipes. That said, I had a really difficult time choosing what to make this week. I wanted to make his Tres Leches Cake, but his recipe (and all others I looked at to cheat on his recipe) required things measured by ounces – which I don’t know how to do without owning a food scale. And I didn’t want to buy a food scale just to make a cake. Sumo would have bankrolled this endeavor, but I 86’d it.

So, instead, I found something a bit easier. Red Wine Sangria.

Only a few ingredients, easy to make, and even easier to drink. 10/10 would drink again.

Head here to check it out!

Hi! I'm Chrissy. I'm a 31 year old cast-iron (pretty much) newbie. I'm learning more as I go and screwing up quite a bit along the way. I'm a northern girl (Yay, PA!) who has been transplanted to the south and am trying to embrace becoming a southern lady. Hence the cast-iron pan. I've never made my own biscuits and I have no idea what a dutch baby is. But you can bet that I'll figure all of that out. So stick around and see what happens as I learn the in- and-outs of cooking with cast-iron.
View all posts by Chrissy →
52 Weeks of Cooking, Non-Skillet