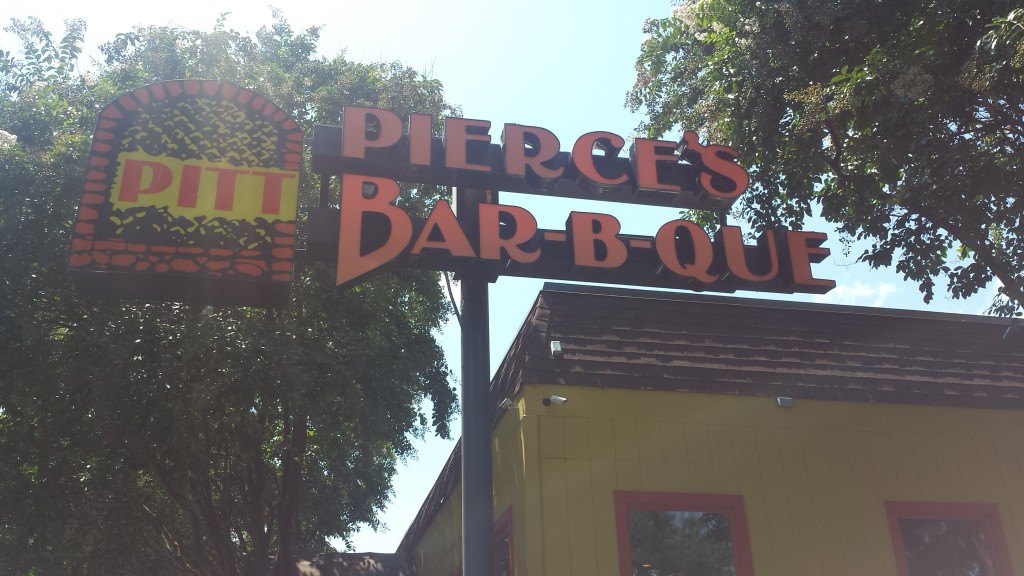 Pierce’s Pitt can be found in Williamsburg, VA, not far from the Colonial Village. It’s rather unassuming as you walk in and see the wooden orange booths. You order at the front and are given a receipt with a number on it. They call your number; you grab your food; you eat; you clean up; you go. 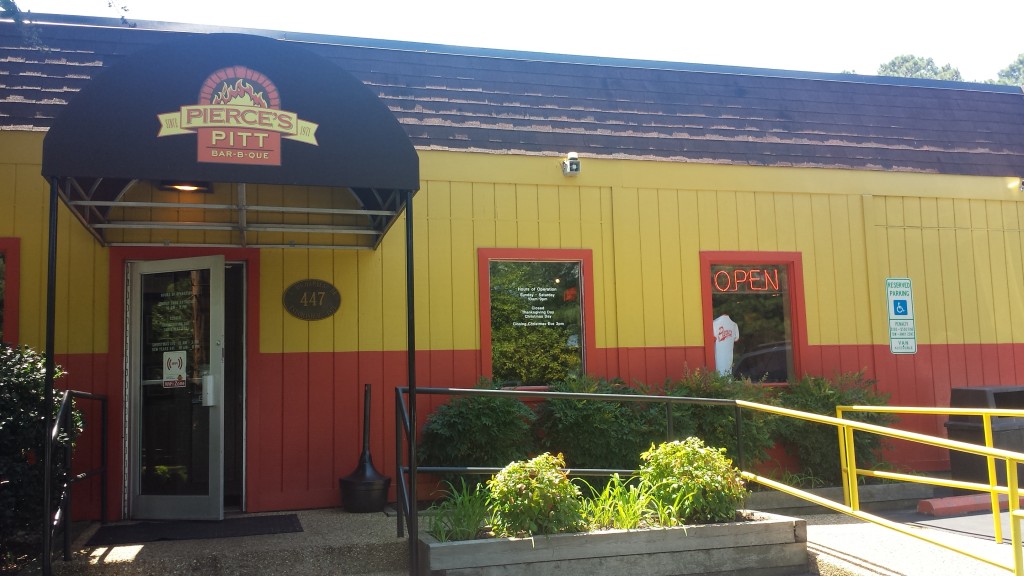 So now for the goods.

The brisket was really good, but as it was just a few pieces of sliced brisket on a hot dog bun, it wasn’t a lot of food for $9. Had we not split it, it probably would have been great for 1 person, but it’s not really a “sharing” sandwich. 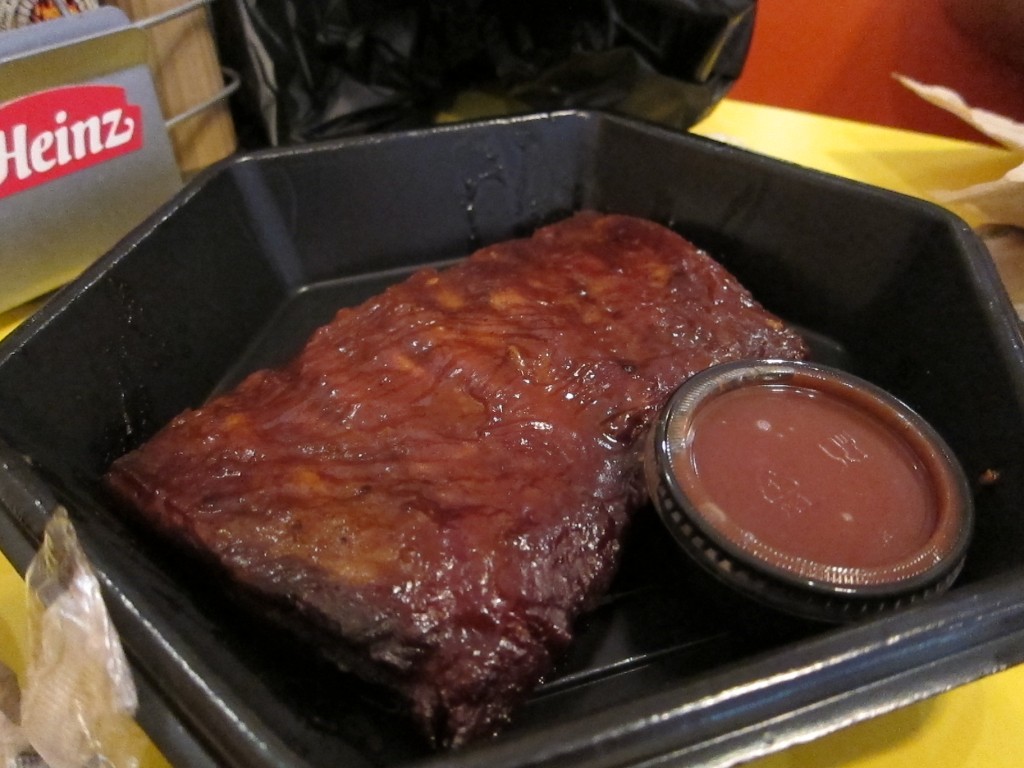 The ribs were skinny, and not extremely meaty, but they were cooked well and pretty good.

The fries were amazing. Crinkle cut and delicious. We got these so that Lucy would have something to eat if she didn’t like the bbq, but we were glad there were so many of them. They were perfectly seasoned.

And lastly, I need to mention the sauces. There were 2. The house one was a sweet, vinegary one. It was thicker than I expected it to be, but not spicy enough. The spicy one was also vinegary, and still thicker, but a bit too spicy for my liking. Mixing them, however…Yum.

So our verdict is that while it was good, we probably wouldn’t seek it out again – unless we were spending some time in Williamsburg. However, if it were located closer to home, we’d probably be back.

Hi! I'm Chrissy. I'm a 31 year old cast-iron (pretty much) newbie. I'm learning more as I go and screwing up quite a bit along the way. I'm a northern girl (Yay, PA!) who has been transplanted to the south and am trying to embrace becoming a southern lady. Hence the cast-iron pan. I've never made my own biscuits and I have no idea what a dutch baby is. But you can bet that I'll figure all of that out. So stick around and see what happens as I learn the in- and-outs of cooking with cast-iron.
View all posts by Chrissy →
Quest for Q