Ok, so most of you know that I love Harry Potter – like, I want to somehow be inside of the books and live in the fictional world that J.K. Rowling has created.

I keep wondering though, is it really fictional? I mean, as Hogwarts never sent me my acceptance letter, I must be just another stupid muggle – so, I guess I wouldn’t know if it were real or not. If I found out that it were real, someone from the Ministry of Magic would just perform a memory spell and alter what I saw. 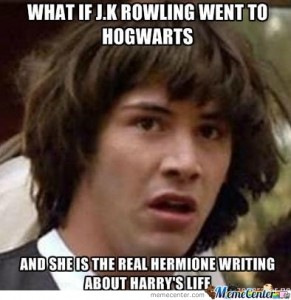 And now I’ve gone off topic. Anyway, I saw a pin on Pinterest about a woman who made Harry Potter covers for your Kindle. Well, I don’t have a Kindle, but I do have a Nook. :)

I got some felt, cut up some cardboard boxes, and heated up my glue gun. Then I set to work.

It’s honestly probably the worst craft I’ve ever made. I cut the felt unevenly, the glue is sticking out in odd places, there’s one spot where you can see the cardboard sticking out…

But I love it! I still need to add some elastic on the top to really secure the Nook in its little holder, but I’m so happy about this craft. 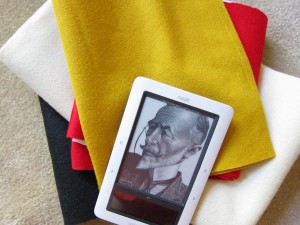 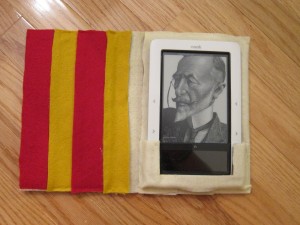 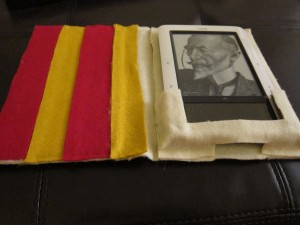 Note the opening so that I can charge my Nook without taking it out of the cover. 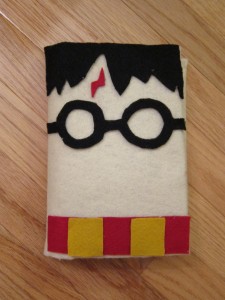 Reading has never made me happier! Ok, reading always makes me happy.

Hi! I'm Chrissy. I'm a 31 year old cast-iron (pretty much) newbie. I'm learning more as I go and screwing up quite a bit along the way. I'm a northern girl (Yay, PA!) who has been transplanted to the south and am trying to embrace becoming a southern lady. Hence the cast-iron pan. I've never made my own biscuits and I have no idea what a dutch baby is. But you can bet that I'll figure all of that out. So stick around and see what happens as I learn the in- and-outs of cooking with cast-iron.
View all posts by Chrissy →
Crafts